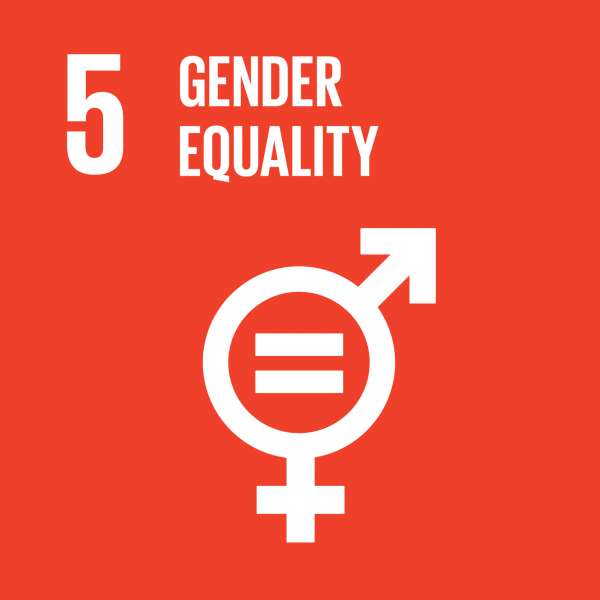 Posted at 11:24h in Uncategorized by Miguel Jena 0 Comments
0 Likes

On the 7th of December 2018, Impact Hub Harare held a Global Mashup, for the second year, in collaboration with Impact Hub Lusaka and Lagos centred on SDG 5, Gender Equality. Last year, the event was focused on SDG 17, Partnerships for the Goals. The night brought together a diverse group of individuals who were all interested in sharing their thoughts on how gender issues affect modern day Africa. How has gender equality affected local communities? How is it related to patriarchy? What role does culture play? What is gender mainstreaming?  All these questions emerged from the panel and led to engaging discussions between the panellists and the audience. 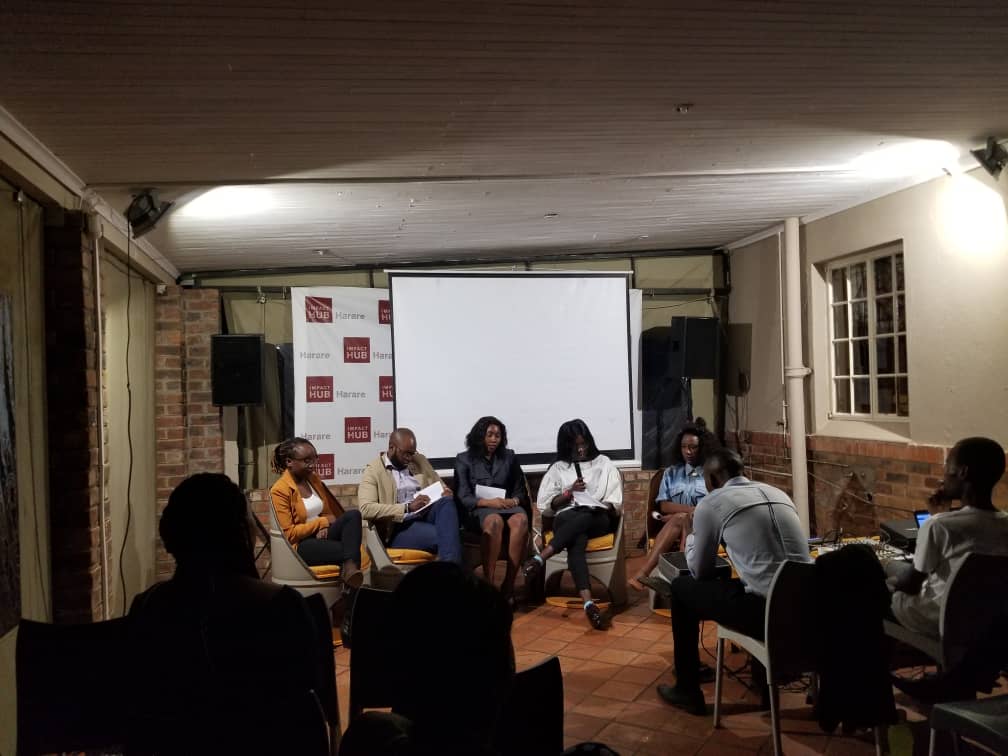 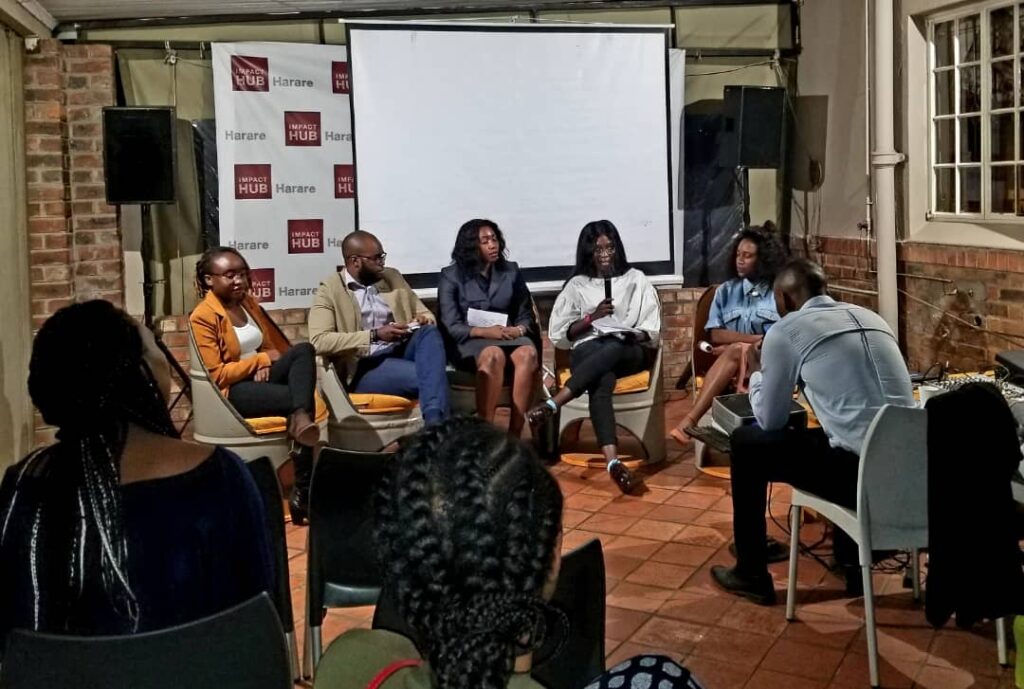 Gender equality was defined as the process of creating equality between men and women including in the workplace, which translates to equal pay and treatment. All in attendance agreed that there are several steps being taken to ensure that this is achievable, albeit a work in progress. However, very few publicly interrogate the inequalities that exist in the household. Yvonne Feresu, a panellist, noted that historically, men hunted and women gathered-that was the way the system was structured. In modern terms, that “hunting” is reflected in office work and oftentimes, both genders are hunting. However, after a long day of hunting, women are still expected to “gather” at home; cook, clean, bathe the children etc., a double burden for women. The moderator, Wesley Maraire asserted that in the past, women actually contributed 70% of the work in the household because hunting only required 30% of the effort, signifying that women today work more than twice as hard.

Equality also means equal opportunity. Equal opportunity with time, access to education and decision-making powers. In order to achieve equality, it is imperative that men be more involved with household chores etc afterall, charity does begin at home. Of course it is very easy to dictate the shoulds, haves and musts but these ideals are very difficult to put into practice. For example, a single mother who is both a hunter and a gatherer, who understands the pressures women are beleaguered by, will unquestionably leave her girl-child to all the household chores while the son gets time to play video games & explore his IT proclivities. Where does this dissonance come from? Why do we allow certain traditions to last when they seem to be diametrically opposed to gender equality?

Perhaps the answer lies in gender mainstreaming. Panashe Mangezi defined gender mainstreaming as the process of assessing the implications for women and men of any planned action including legislation, policies or programmes because these often affect men and women differently. Mangezi provided an example of how when it snows in Europe the main roads are cleared first and the sidewalks last. Since a large percentage of men drive and more women walk in Europe, snow-related accidents affect women more. When creating policy or implementing projects, it is important to be conscious of how these actions affect both women and men. A national introspection challenge.

Rungano Karimanzira strongly advocated for high-quality education for women and girls. She delivered a powerful anecdote of her time in college, about the boys who ridiculed her in class for being outspoken. Aggressive, ice-queen, forever spinster, some of the hateful language hurled at her for simply being assertive and exhibiting the same level of confidence boys are endowed with from birth. Toxic masculinity often prevents women from participating in sectors that society has labelled ‘For Men Only”.  I can already sense the whispers of doubt but think-software development, mechanical engineer, astronaut-be honest, a male character came to mind, not so? Steve Jobs? Henry Ford? Elon Musk per chance? To address this mind blunder, it’s pertinent to link back to gender mainstreaming; being conscious about framing policy, down to job adverts. It is all important. A few in the audience were not content with this over-simplification of the issue proclaiming that men often face the same levels of discrimination when they’re interested in jobs like nursing and…and…nursing. Suffice it to say the list was very short.

Nonetheless, to address the disgruntled few, Xanthe Chidyagwai put forward the concept of gender performativity as defined by Judith Butler. Gender is not about the physical appearance but about emotions, what one relates to more. Society is quick to assume that when a baby is born, pink is the colour associated with girls and blue with boys. What If the girl relates more with blue or purple? Is this social construction of gender harmful and does it hinder gender equality? It’s difficult to separate gender equality and feminism when SDG5 is at the forefront of feminism’s mantra: standing up for all those that are treated unequally and marginalised, especially women. To incredulous jeers, Chidyagwai also noted that men cannot call themselves feminists but can support feminism. This is because men do not have a personal understanding of women issues. For example, when women talk about labour, they understand what it feels like to carry an entire human being in their belly for nine months, when they talk about menstrual pain, they understand how one can have mini-heart attacks for 3 days of every month. Men can’t be, they can only sympathize. What are your thoughts on Miss Chidyagwai’s assertion?

The night only ended because time is a sneaky little fiend. Conversations continued until the very last foot went through the exit gate. Everyone left feeling inspired and motivated to make changes within their own lives. Those moments of clarity and self-awareness were not simply tucked away as a great experience to be recalled at some later date. Impact Hub Harare seeks to continue these conversations around the SDGs and especially on how they can be effected within our local context.

Visit our website www.impacthubharare.net and follow and like our social media pages @ImpactHubHarare to stay informed about upcoming SDG sessions.  How are you driving the narrative around gender equality?